How will the Conservatives’ election win affect the UK immigration system? 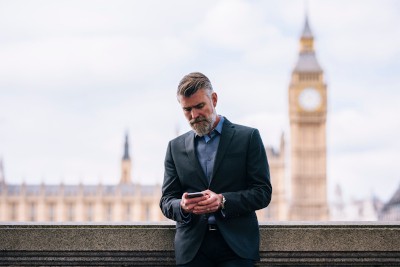 As we reach the end of 2019, we approach not only a new year and a new decade, but also a new era for the United Kingdom’s international status. Now that Boris Johnson has firmly established his government’s control, we can expect Brexit negotiations to be finalised soon, with the Prime Minister targeting withdrawal from the EU on January 31st 2020.

What does this mean for the future of the country’s immigration system? As part of their election manifesto, the Conservatives laid out plans for what they claimed were revolutionary changes to the current system, including a new NHS visa and an Australian points-based process. But how much of this was really new, and how much was just electioneering? Let’s take a look at what we know so far.

During her speech in the House of Commons, which signalled the start of the Parliamentary year, the Queen revealed part of her government’s immigration plans to support the NHS: “A new visa will ensure qualified doctors, nurses and health professionals have fast-track entry to the United Kingdom.”

Boris Johnson went into more detail on these plans back on the campaign trail in November. The changes he mentioned included:

However, dig deeper and these plans start to look less like a radical overhaul of the current system and more like tinkering around the edges.

For one thing, NHS doctors and nurses are already on the shortage occupation list and pay £464 for their visas, so this is misleading information unless Johnson meant it will be a £464 fixed fee for both a three-year and a five-year visa (a five-year visa is currently £928).

For another, visas on standard service are decided within 15 working days, and for an extra £220 overseas applicants will get the decision in five working days. Therefore, the Conservatives’ target of a two-week delivery is only five working days less than the current timeframe, which, as this article mentions, isn’t guaranteed as it is.

Therefore, in terms of real change, this really just leaves the scrapping of the £30,000 salary threshold for health professionals applying for a five-year visa.

This is certainly a welcome change. With an ongoing skills shortage continuing to impact the NHS, reducing the threshold will make it easier to recruit nurses and other health professionals on lower wages from outside the UK. And with their stated intention to also remove the cap on the number of migrant health professionals allowed into the country each year, it should help health services to recruit for much-needed positions.

“A modern, fair, points-based immigration system will welcome skilled workers from across the world to contribute to the United Kingdom’s economy, communities and public services.”

This statement of intent, also from the Queen’s Speech, is another part of the government’s claims to initiate radical reform of the UK’s immigration system, but, as with those made around the NHS visa, there is little new here to impress the well-informed.

As visa and immigration advisors working with UK immigration policy on a daily basis, we’re the first to welcome change if it addresses the difficulties inherent in the current system. The UK needs a points-based model that meets our industry needs. However, while it is early days for this government, so far the changes to the UK immigration system they’ve set out seem to be focused more on satisfying their voter base rather than bringing about the changes necessary for industry.

As ever, we will be keeping a close eye on events and ensuring that we remain up-to-date and compliant with any changes to UK immigration policy. As this article shows, it’s a complicated business fraught with pitfalls, which is why we always recommend soliciting the support of an expert. Our team is available to provide advice and assistance to businesses and individuals – contact us now to arrange a free consultation. 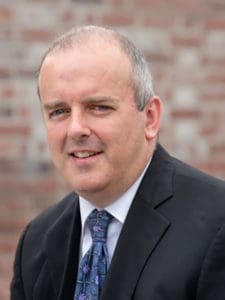 Huge congratulations to our client services manager, Kevin Carlin, on securing the highest possible score on BBC Radio 2’s PopMaster quiz with Ken Bruce this morning. With a score of 39, Kevin has now qualified to take part in the Champions League PopMaster quiz in 2020, when he’ll go head to head with previous winners to decide the ultimate PopMaster Champion of Champions!