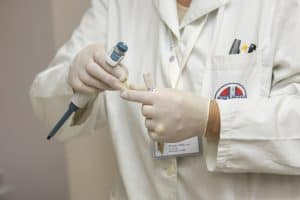 On Tuesday 11th of March Rishi Sunak unveiled the new Conservative budget which included, among other things, a steep hike from £500 to £624 per year for the Immigration Health Surcharge payable by foreign migrants on temporary visas in the UK (up from £300 to £470 for students). This means the rate will now have more than tripled since its inception in 2015.

The government had promised to prop up our struggling NHS but with cuts to National Insurance many of us were left wondering where they intended to find the money. It is apparent now that foreign nationals, including those coming here to work for the NHS will be made to foot the bill for years of underfunding and an aging British population.

From January 2021 EU nationals coming to the UK will also have to pay, securing the government with an amount of capital from migrant workers which vastly outweighs the amount the average migrant costs the NHS (studies suggest that migrants to the UK use the NHS significantly less than UK born residents of the same age and gender).  These workers also pay tax and national insurance at the same rate as UK-born workers meaning they are essentially being charged twice to use the same service.

The NHS is the pride and joy of the UK and protecting it was always key to election victory. There is a certain irony then in the way that the recent hike in the Immigration Health Surcharge will penalise the overseas NHS workers who allow it to function. In a time when we have staff shortages in a number of healthcare roles including nursing and care workers, it is difficult to see how these sectors, which tend to have lower salaries and less money to spare, will be able to absorb the cost. As Dr Chaand Nagpaul, council chair at the British Medical Association says, “The government says it wants to make it easier for international staff to come to work in the health service – they are doing the exact opposite by penalising overseas healthcare workers by charging them to use the very service they are contributing their skills to”.

This shameless profiteering will drive away foreign workers who make valuable contributions to the economy and our public services, at a time when we are already reeling with worsening staff shortages as a result of Brexit. It is also noteworthy that despite this being billed as a way to bolster the NHS, the 1.5 billion pounds the Conservatives aim to raise with this fee hike has not been ring-fenced for the NHS, and can in fact be used for other projects. This rather defeats the stated objective of this charge as making sure people ‘put in what they get out’ when using the NHS. If the money is not guaranteed for NHS use then selling it as a charge to support the NHS in order to gain public support, while then using it to remedy other areas suffering from chronic underfunding, is a betrayal of the public’s trust.

The hike also reduces the appeal of the UK to other international professionals and undermines the Prime Minister’s message that the UK is ‘open for business’. Who would choose to do business in a country that not only chooses to charge some of the highest visa fees in the world but also charges £624 a year on top of tax and national insurance for a service which should be budgeted to be sustainable based on tax and national insurance contributions.

In the words of Caitlin Boswell Jones, project officer at the Joint Council for the Welfare of Immigrants “This is double taxation on migrants, who already contribute more in taxes than they take out, and many of whom are the backbone of the NHS itself.”