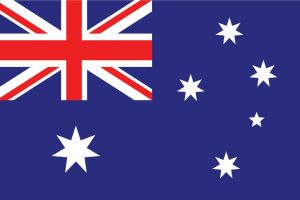 There is actually nothing new about the UK adopting an Australian style points-based system – we have this already.

The UK introduced the PBS (points-based system) in November 2008, with five tiers:  Tier 1 for highly skilled migrants, who were allowed to be self-employed or work for any business; Tier 2 for skilled migrants who had to be sponsored by their employer so needed a Certificate of Sponsorship; Tier 3 for lower managerial and blue collar/agricultural workers (this has never been opened up); Tier 5 for temporary workers and, finally, Tier 4 for students.

Steadily over the intervening 12 years or so, rules and conditions have been tightened up to the point that now Tier 1 is limited to a few exceptionally talented, or rich, individuals, whilst Tier 2, the arena in which we work together with you, the businesses that power this country, is restricted to highly skilled workers who, apart from a few exceptions, have to earn at least £30,000 p.a and are restricted in numbers from entering the UK.

There are a couple of recent changes which suggest there may be light at the end of the tunnel: nurses and doctors are excluded from the 20,000 annual cap and the list of shortage occupations has been increased significantly so reducing the number of resident labour market tests that need to be carried out and speeding entry for those candidates.

With the publishing of the MAC report today it is good to see that the new “Australian style” PBS Tier 2 (General) is envisaged to apply to both EEA and non-EEA citizens and to be expanded to medium-skill jobs with the cap and Resident Labour Market Test abolished and a simplified process introduced. It is proposed that the minimum salary levels will fall in line with this to £25,600 for experienced workers and £17,920 for new entrants.