No Automatic Deportation After Brexit 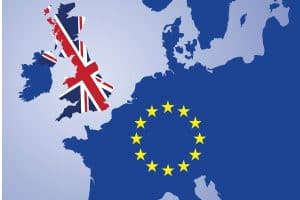 “No Automatic Deportation After Brexit”

Does this mean people who fail to apply for settled status by the deadline will be allowed to stay after all?

In short, unlikely. The government has indicated that in order to avoid deportation after missing the deadline, EU migrants must ‘give grounds for why it was not possible to apply in the timeline, if no valid reason is given then the valid immigration rules will be applied.’ It is not clear exactly what the government would regard as a ‘valid reason’ but it is likely to be a difficult threshold to meet given that applicants have got until 30 June 2021 to apply and they have been able to apply since 30th of March 2019.

This would suggest that an applicant would need to provide evidence of a compelling impediment to application which spanned over 2 years. It is unlikely many people would be able to satisfy this criteria. While the wording of ‘valid immigration rules will be applied’ deliberately avoids the term ‘removal’, it is clear that this may be the fate of those who fail to apply in time.

Can those who have not yet applied for settled status continue to work in the UK now we have left the EU?

Yes. While a survey by the grassroots organisation ‘the3million’ indicates that 1 in 10 EU citizens have already been asked to provide evidence of their settled status, this is not a legal requirement. EU citizens may continue to work without applying for settled status throughout the transition period. A lack of clarity in government communications has left employers and employees alike confused as to what their duties are, but until the end of the transition period, EU workers can continue to work, although they should still aim to complete the settlement application at their earliest convenience.

What kind of proof will people receive of their settled status?

Controversially, the government has elected to provide no physical documentation confirming the settled status of EU migrants. All records will be electronic which the government claims will “future-proof [applicants] rights and is linked to their passport or ID card, replacing physical documents which can get lost, stolen, damaged, tampered with and expire”. 90% of survey participants however indicated they feared discrimination without a form of physical evidence which can be shown to employers, banks or landlords, and would prefer a card.

Maike Bohn, co-founder of the3million has warned that the government is setting itself up for another Windrush crisis by failing to provide physical evidence which applicants may be able to later use to prove their right to live in the UK.

We will have to wait to see the full impact of the EU settled scheme, but as always, anybody concerned about their immigration status should contact us on 01403 801 801 or at [email protected] for a consultation.