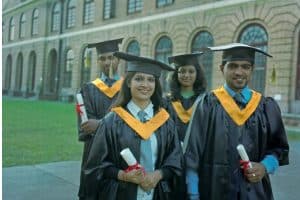 The government has announced that they intend to re-introduce Post-study work visas for UK graduates .

International students will be allowed to stay in the UK for two years after graduating, reviving the Tier 1 (Post-study) visa that was shelved by the Home Office back in 2012.  Almost 400,000 Tier 1 PSW visas were granted in each of the five years between 2008 and 2012.