What is the new Health and Care Visa and Who is Included? 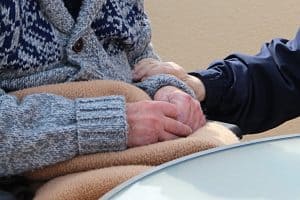 Why has it been brought in?

One of the biggest questions around the end of free movement from January 2021 has been how the government will mitigate a potential labour shortage in the healthcare sector given that many care workers and other healthcare staff do not earn enough to be eligible under the proposed ‘points-based system’, which has a minimum salary threshold of £20,408 (For more information see our previous blog). These roles have previously been filled by EU migrants exercising their right to free movement, but with this ending in January 2021 the question of who will fill the gap has plagued the government.

Home Secretary Priti Patel has previously suggested mobilising the country’s ‘economically inactive’, but as this is comprised largely of students, people who have retired, people who are disabled, and people who are not currently seeking work it is apparent that this is not a satisfactory answer. In response to growing public concern, especially in light of the Covid-19 crisis the government has announced a new ‘Health and Care’ visa which will be launched this summer. Let’s explore whether this is just lip service or whether it has a real chance of filling the gap left by Brexit.

What is the Visa?

The government is selling it as a new visa category aimed to ‘ensure UK health and care services have access to the best global talent’. It will include, perhaps most notably, an exemption to the Immigration Health Surcharge, which is due to go up to £624 a year later this year. This is a big concession, likely in response to public opinion towards NHS staff and other frontline workers shifting during the Covid-19 crisis meaning the idea of charging NHS workers to use the service they helped to provide during a global pandemic was no longer palatable to the British public.

Further features of the route will include a reduced application fee (UK visa fees are among some of the most expensive in the world), which further demonstrates government commitment to encouraging foreign healthcare workers to come and support our over-burdened healthcare system. The Home Office also aims to make a decision on these cases within 3 weeks. While they are claiming this will make it ‘faster’ for applicants in this route to obtain a decision, the current processing time is 15 working days for an out of country application for a skilled worker, which the more mathematically minded will note is, in fact, also 3 weeks.

The visa will also not benefit in increased processing times thanks to the abolition of the resident labour market test as healthcare workers are considered shortage occupation workers and are thus exempt. It is difficult to see the government’s claims of a fast-track process as being significantly different from the system as it is today, and as it will exist for other skilled workers under the new scheme. The only material difference appears to be the price.

Who Is and Isn’t Covered? Will Workers in Care Homes be Able to Apply?

One of the primary concerns with the government’s original plans was that whatever provisions may be made for NHS workers, workers in care homes (private or subsidised) were largely forgotten. These workers often earn well under the proposed absolute minimum threshold of £20,408 and while in an ideal world they would be paid more, it is pointless to legislate for an ideal world that does not exist. As such the argument is that care homes, already struggling after the Covid-19 crisis, will be unable to source enough staff to function when deprived of the ability to recruit EU staff. It is worth noting that it is estimated there are currently approximately 110,000 unfilled care jobs in the UK, and of the roles filled, over 100,000 of these are filled by EU migrants.

Obviously it is unlikely that all of these EU workers will quit immediately, but as they leave or retire it will be difficult for care homes to recruit new staff, leading to a potential disaster where over 200,000 posts are unfilled. There is also the risk that in order to fill roles care homes will be forced to offer a higher salary to overseas applicants in order to meet the threshold, meaning British workers and workers with other leave to remain in the UK will end up on a lower salary than their overseas counterparts, which rather undercuts the governments claims that reducing immigration will be of benefit to the British people.

While the government has indicated that the role will be open to ‘all eligible roles within the health and care sector’, these are as follows, and notably do not explicitly include workers in care homes unless they could be classified under ‘Health Professionals not elsewhere classified’:

They have also indicated that they believe ‘immigration is not the answer to the challenges in the social care sector and, as we implement the new immigration system, we want employers to focus on investing in our domestic workforce.’ This suggests that while care workers may be eligible, they will be unlikely to use this route in practice unless reforms in the healthcare sector allow for higher salaries to be paid allowing potential applicants to meet the threshold. It is worth noting that the worse the staffing crisis becomes, the less appealing the sector is to new entrants who are unlikely to be enticed by the combination of a low salary, a difficult job, and increasingly long hours doing the work of several people.

In summary while the new visa route may sound impressive, unless some serious changes are made before its launch it will do little to fill the labour gap and amounts to little more than a cheaper visa for NHS workers which, while certainly a worthy cause, will not do anything to mitigate the potential crisis facing care homes and other low paid healthcare positions as a result of Brexit.

Back to all
CLOSE X