The New Immigration System and How it Will Affect You 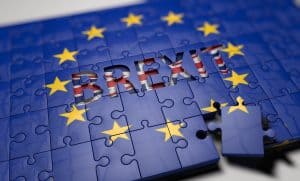 The New Immigration System and How it Will Affect You.

On the 19th of February the government released its plans for immigration from 2021. Find out what impact this could have on you, your business or your students. It should be noted that EU, EEA and Swiss citizens will all remain non-visa nationals, capable of entering for 6 months without a visa under the normal visitor rules.

Changes to the skills based system

Despite the government’s claims to reduce low-skilled migration, they will be lowering both the minimum general salary threshold as well as the minimum necessary RQF skill level. The new rules will apply equally to applicants applying from both inside and outside the EU, although not to EU residents already in the country who have settled or pre-settled status.

The minimum salary will be lowered to £25,600 from £30,000, with the potential to go down to £20,480 if the applicant has strengths awarding them points in other areas (for example working in a shortage occupation or having a relevant PhD). This appears to lead to an counter-intuitive scenario where the stronger the applicant, the less the sponsoring company is required to pay them. It will be interesting to see how the government reconciles this with their pledge to attract the ‘brightest and best’ and to reduce wage undercutting.

The minimum RQF level of the job will be lowered from RQF6 to RQF3, essentially meaning that the required difficulty level of the job to be offered has gone from one equivalent in experience and difficulty to a Bachelor’s degree, to one equivalent in experience and difficult to A-levels. While this does not cover unskilled entry positions, it is still a big shift in the required skill level in order to sponsor an overseas worker.

The Resident Labour Market Test will be abolished along with the cap on the number of people who are able to come to the UK on the skilled-worker route.

The Global Talent Scheme will be opened to EU, EEA and Swiss citizens, allowing highly-skilled scientists and researchers to come to the UK without a job offer. This will also be expanded to be more accessible to those with a background in STEM subjects, although more details on this are not yet available.

The Seasonal Agricultural Visa pilot scheme is due to be quadrupled (from 2,500 to 10,000) as the government recognises this sector is reliant on low-skilled temporary workers to function. This would allow farms to hire workers for a period of up to 6 months, and is intended to ease pressure on the agricultural sector during busy harvest months. There is no other current path for unskilled workers to enter the UK, which does little to reassure employers in other sectors heavily reliant on unskilled or low-paid workers, including care-work, hospitality and construction.

This appears to be largely similar to its current form however there are a few differences. Most obviously the student routes will now be open to EU, EEA and Swiss citizens.

Secondly and perhaps most excitingly for those hoping to study in the UK and work here afterwards, a new immigration route will be opening in 2021. This will allow graduates who complete their degree from summer 2021 to stay for up to 2 years after the end of their degree to work or look for work. They can work at any RQF skill level during this period but if they wished to convert their visa to a skills-based visa at the end of the 2 years they would presumably need to secure a job offer meeting the minimum salary and RQF levels described above.

What should I do?

If you are an EU citizen in the UK, we strongly advise applying for the settled or pre-settled scheme as soon as possible to secure your right to live and work in the UK next year.

If you are an employer or educational institute considering sponsoring overseas workers or students in the future, we would advise applying for your sponsor license now. We can assist with this process, so call us on 01403 801 801 or emails us at [email protected] to arrange a consultation.