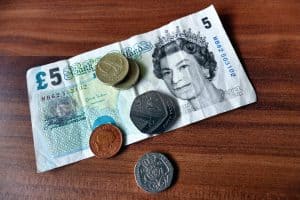 While one of the current government’s selling points has been its pledge to crack down on immigration and to reduce the overall number of people coming to the UK, it has chosen to review the income threshold of 30K which prospective workers would have to meet in order to enter the UK. Let’s explore what this means in practice:

The current system for non-EU workers to come to the UK to work requires applicants to meet several stringent conditions. Applicants must currently meet an income threshold, although this varies based on the vocation, as well as the age and experience of the applicant. Applicants must also demonstrate a good knowledge of English.

Companies hoping to employ migrant workers from outside of the EEA also have to prove that they have not been able to find anyone within the UK or the EEA capable of doing the job unless the job is on the shortage occupation list. There is also a cap on the number of workers who can enter if they are not filling a position in a shortage occupation.

Boris wants to replace the current system with a more holistic points-based system under which income would be taken into account alongside English ability, occupation, and qualification.  Each contributing factor would be assigned points, and the point total used to decide on whether the person would be a benefit to the UK.

Critics of the current system argue that the income cap severely restricts the ability of industries which employ workers who are skilled but not particularly well-paid to fill positions. This includes the NHS, farm-workers and other industries which currently rely on EU workers to do low paid but skilled or crucial work.

Boris has pledged to cut ‘unskilled’ immigration but has not set out exactly who he will class as an ‘unskilled’ worker. This raises concern over the ability of organisations reliant on EU labour, such as care homes, to recruit enough staff, should their staff not be considered ‘skilled’ workers.

Hopefully, the removal of the wage cap will make the UK more appealing to skilled workers in low-paying industries to contribute to the UK economy, as well as mitigating some of the potential labour shortages as a result of Brexit.

What does this mean for me?

If you are a migrant worker or a company hoping to employ migrant workers and you want to find out more about how this might affect you, the team at UK visas can help.

Contact us now to arrange a free consultation and find out how we can support you.

One thought on “Boris to review earning thresholds for migrant workers”